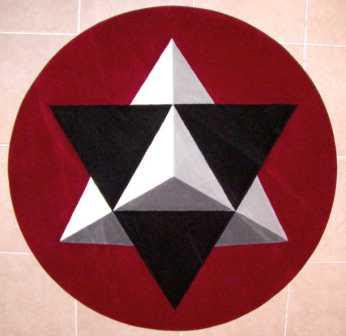 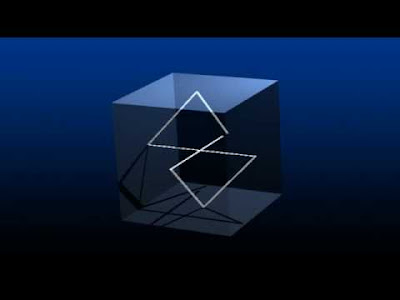 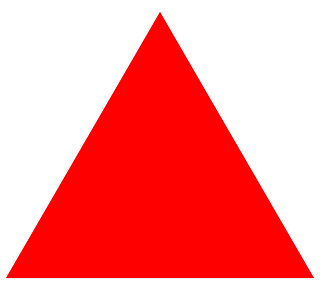 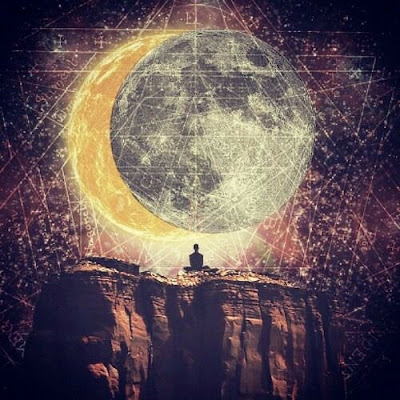 On forums and social networks I have been always seeing grumblings that nobody writes about their experiences with self-work, practices, meditation, some magic practices, etc. I could not understand why it mattered to anyone at all. If you have your own experiences, what does it mean to you if you read about somebody else’s experiences? In order to compare yourself to somebody, or what? If you, however, don’t have any, reading about somebody else’s experiences will not contribute to your experience in any way. I will not deal here with those who ask such questions and reproach those dealing with something occult, mystical, and spiritual in general for hardly writing about their experiences. That expectation reminds me of the process of witnessing in Neoprotestant denominations when certain believers in public, before the whole Church, witness how the Holy Spirit intervened in their sinful lives, how God responded their prayers, saved them from trouble, brought them to a certain realization, and alike. Then they, distressed by their own witnessing, shed a few tears, their voice shakes, and the public too. Often, the weaker who are witnessing collapse, people from the front rows run out and hold them, give them water, wipe the sweat from their brow and literally hold them up so they could witness God’s intervention in their little God-pleasing lives to the end. I believe that sounds ridiculous to many, but in the same way are ridiculous the expectations of those who want to read about experiences of the others in their wish to draw a moral from it or simply experience the excitement and find encouragement to somehow experience the same through their efforts.

Further, I will not here deal with those who are expected to talk about their experiences in what they are doing. All of this is only a motive for stating some, for general standards, radical claims, and additionally, to present a uniquely personal experience. Let us start with experience first. I was in my teenage years when on a calm summer evening in the middle of the street, something unusual happened out of the blue, without any visible or reasonable cause. I was going for a walk with my three friends when we stopped for a moment on a square, engrossed in an ardent conversation. I suddenly stopped talking and pointed my finger toward the Sun which getting ready to set was becoming reddish and less intense. I remember I noticed how something strange and amazing was happening on the sun disc. For a moment the four of us stopped and looked at the unusual phenomenon. However, a problem arose. Although it all lasted a couple of moments, my friend has afterward told amazing stories about that unique solar event which objectively did not happen, but in our conscience did. I wasn’t sure anymore if their imagination added all those details, but the strange thing was they all described completely different phenomena. What was even more interesting was that I did not remember anything.

Almost thirty years have passed since, but I still don’t have any memory of what I really saw although it was me who first noticed something unusual. Of course, over years, a lot of things concerning solar nature emerged in my consciousness and in dreams, but the fact that that part of my experience still stayed hidden from my ordinary conscience remains. The described event represents one of the crucial moments in my life, and yet it hasn’t been caused by some self-work, beliefs, practices, identifications, or orientations of any kind. It simply happened by itself without any visible cause. Therefore, my experience is not of any practical use to anyone who deals with something spiritual or magical. There is no such practice, meditation, ritual, or magic technique by which someone could find themselves in such a situation, and why would they do that? There is nothing glamorous, enlightening, no angels or demons, no ghosts, gods, mystical symbols or pictures in this experience. Simply, I was completely paralyzed and engrossed by a force that I, there, can connect to solar nature. After that, of course, in years that followed, many things connected to the sun happened in my conscience, but I can somehow describe all of that, I can remember clearly, to the tiniest details. However, the initial moment still remains darkened by light. So, what conclusions we can draw from this short testimony? When I told this to an occultist a long time ago he immediately presumed that I was possessed by a solar ghost; that it was initiation, etc. Such interpretation clearly pleased my youthful spirit, fed my unrestrained ego firming my belief that I was an adept chosen by secret masters or invisible spirits of solar hierarchy hidden in the very sunlight, etc. From this perspective, I realize it was all wrong because time has contested such delusions. In the meantime, some other engrossments and paralyzes by the Moon, certain stars, clouds, seas, even the very Earth have taken place, as in reality so in dreams. Solar possession was an introduction to later events and experiences. Yet, I repeat, none of these has so completely wiped out or compressed my conscience as the intensity of a touch of solar nature.

I later realized that many people had similar, more or less radical experiences in their lifetime. Besides, Carlos Castaneda wrote about that, claiming through Don Juan’s mouth that nagual calls each of us, but rarely anyone answers that call. No matter how we call that something, I decided to answer that call then. It is precisely my decision that comprises the essential value to anyone reading this. Remember, did a spirit call you too, in this or that way? If so, did you answer? If you did answer, how did you do that? Have you waited for the following touches and calls, or have you hastily got involved in some teachings, pseudo-occult and quasi mystic associations and groups, believing that something has awakened you from the sleep of everyday conscience just that you become a member of a sect or maybe found your own? That is very important because if you felt the touch of the supernatural, that is, the touch of force behind the material world, everything you should have done is make a strong decision with your whole being that you will alertly wait for the next touch even if that touch never came. If you did so instead of reading, for example, Aleister Crowley or a swami and decided to join a grouping that claims that they are just on the line of what you liked, you wouldn’t have lost so many years and spent your life on nothing more or less. I don’t say one should not read. Of course, they should. It is good to cultivate the mind from different angles, even specialize in a certain direction, but making far-stretching decisions on joining a certain magic current, astral chain based on your personal sensibility is wrong and often disastrous. It is not a type of beer or sweets so you decide based on how it tastes on your palate. So, everything you should do is to listen and wait for new touches of spirit, to put it that way, when it already touched you in such a way to shake your whole being. If such a thing didn’t happen to you, it doesn’t mean it will not happen, and if you engage in some kind of self-work, it won’t be of any use in that sense. Of course, you may practice yoga, tai chi, kung fu, astral projection, meditation, study I Ching, astrology, Kabbalah or Tarot, but not that you consider it to be your path, something to which you will devote yourself, but let that be of use to you as a walking stick. Contrary to that, your path is hidden by a thin veil and it simply yearns to merge with your feet, and it is up to you to be ready when those destined moments of lifting the veil take place. 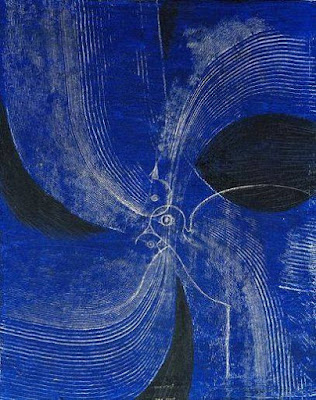 I will now refer to what Julius Evola said, along with Crowley, Guenon, Eliade, and Hamvas, my favorite thinkers. What he said is quite compatible with my intention brought out by this text so it makes sense to quote him. Evola rejected the idea that everyone who wants can become an initiate through his own efforts and practices. He said the following on that:

„This is an illusion, the truth being that through his own strength alone, the human individual cannot go beyond human individuality, and that any positive result in this field is conditioned by the presence and action of a genuine power of a different, non-individual order. And I can say categorically that in this respect, the possible cases are reduced to only three”. (Julius Evola, Ride the Tiger)

I will here paraphrase Evola in short. The first case is when one already naturally, by birth possesses and is marked by a different force, which is very exceptional. The second case is when that different force manifests in the cases of traumas, deep crises, or in some other moment and it breaks the ordinary barrier of conscience. The third case is when one is chosen by representatives of a well established, permanent, and powerful initiatory organization or lodge, that is, when somebody acquainted as master acts on a man. It is obvious that the first case is indeed rare and exceptional. The second case is also rare because people more or less resist the call of that force and try to repress and restore each such breakthrough. Precisely, as it is more often the case with these examples, just as I described above, such people go in the wrong direction following their sensibility, wasting time in the wrong company, doing unnecessary things in the wrong way. The third case is maybe rarer than the second because no matter how many people belonged to different mystical and occult orders and brethren, the question of their credibility is not without validity. The majority of them are false or the expression of somebody’s (self) deceptions. In my lifetime I have met many people from the esoteric and occult field, but I almost did not meet anyone who accomplished something through their own work or through the practice of some cult. Yes, a lot of things can be accomplished by work and practice. You can be more vital, develop some psychic powers, learn a skill, as we can do in profane world, but within the realm of metaphysical aims of the deepest man’s being the most of it is useless. 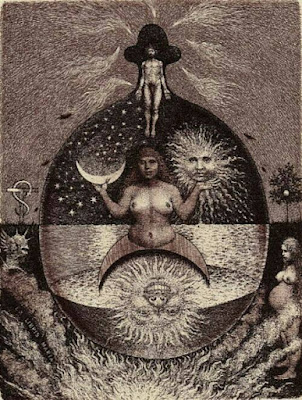 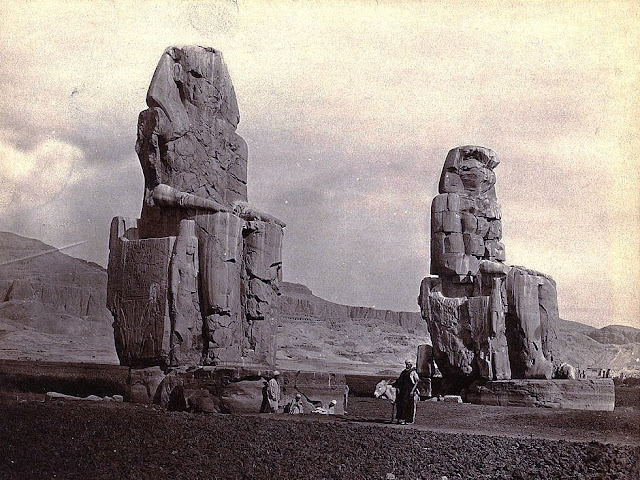