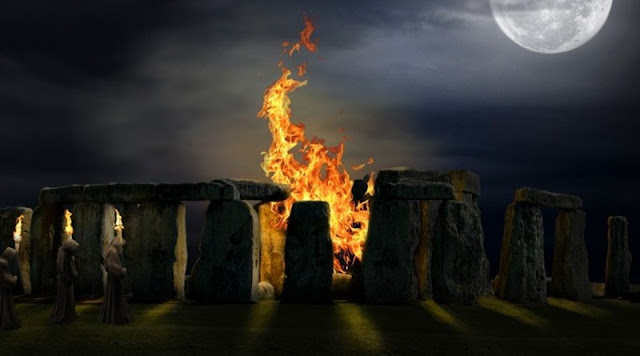 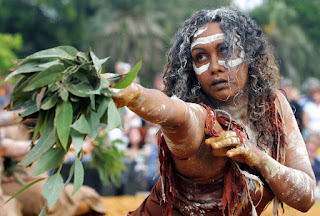 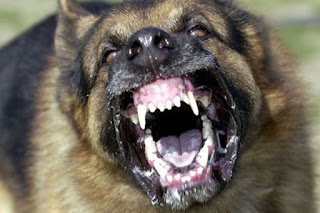 „He wondered at the vast conceit of those who had babbled of the malignant Ancient Ones, as if they could pause from their everlasting dreams to wreak a wrath on mankind. As well, he thought, might a mammoth pause to visit frantic vengeance on an angleworm”. Howard Phillips Lovecraft

There are only two demons, two gods, space and time. They are complementary. They are everything and nothing. According to the formula of eon Horus, duality is invalidated by expanding the consciousness to void. One of the very effective ways of invalidating that restrictive duality through their reconciliation in an eternal world of (dis)continuum of the absolute, to put it in that way, is depicted in a story by Howard Phillips Lovecraft „Through the Gates of the Silver Key”. Let us now put characters and the story aside, and if we focus on the basic concept we come to an interesting depiction of how a being may exist as all other beings, whenever and wherever, through one super-being. Lovecraft’s character, an occultist Randolph Carter, has a certain magical instrument, a silver key, by which he can bridge a gap between spacetime and project himself to the guardian of the entrance of space-time abyss personified as Umr at-Tawil. If we put aside the nature of the very Umr-at-Tawil, what is really important is the description of how a single being, that is a single man, becomes aware of his own existence in all forms, in all dimensions, in every space-time continuum by recognizing himself as a part of universal being in all these dimensions and forms. In the moment of realization, he can choose what and when he wants to be without limiting himself on the human form only.

„All descended lines of beings of the finite dimensions, continued the waves, and all stages of growth in each one of these beings, are merely manifestations of one archetypal and eternal being in the space outside dimensions. Each local being - son, father, grandfather, and so on - and each stage of individual being - infant, child, boy, man - is merely one of the infinite phases of that same archetypal and eternal being, caused by a variation in the angle of the consciousness-plane which cuts it. Randolph Carter at all ages; Randolph Carter and all his ancestors, both human and pre-human, terrestrial and pre-terrestrial; all these were only phases of one ultimate, eternal "Carter" outside space and time - phantom projections differentiated only by the angle at which the plane of consciousness happened to cut the eternal archetype in each case.“ (H. P. Lovecraft Through the Gates of the Silver Key).

The story Through the Gates of the Silver Key I recommend to all who think of the nature of time, of time cycles, eons, eschatology, reincarnation, karma, and alike. Lovecraft, along with Carlos Castaneda and Aleister Crowley is an amazing trio whose literary legacy may be used as a benchmark for every stride towards more serious thoughts on the mentioned subjects. Each of the three is someone who in their own way, from the terrifying primness of the XX century Rationality, jumped out from that pang connecting with something terrifying, unusual, and ancient. When speaking of time, its continuity is a delusion because it continuously happens, it actually does not flow but stands, so each sequence of time can be locked and entered into. Thus, the ceaselessness of space is also delusion because even an immeasurable distance can be reached by the projection of consciousness. When understood linearly, reincarnation is nonsense because from a higher standpoint we realize our being is universal and exists everywhere at the same time and always in innumerable different forms of life. In a practical sense, we may imagine time as a spiral strip made of many cells that represent certain sequences of consciousness. Each of the sequences has its life, duration, ambient, space it inhabits, etc. Let us compare those sequences with rooms. We have myriad rooms on time strip and all of them are connected to each other by thin threads or tunnels through which we can move, come in and out as we wish. Whenever we enter a room, we take over the consciousness that there reside and we become it. We can preserve the authenticity and neutrality of an observer and just observe the destiny of a being living the scenario of existing in the room, and we can experiment and temporarily identify with that being and live his destiny a little bit. What I am writing about is not just a thought experiment but that perspective can reach the following method I will describe here.
The path to the time strip leads through dreaming. It is good to mention here that there are real and quasi events, for example, real and quasi opening of chakras, quasi and real kundalini awakening, quasi and real walking over abyss, quasi and real enlightenment, quasi and real meeting your guardian angel, quasi and real going to another space-time, and, in the same manner, quasi and real entering the time strip. What I will here describe is the path of accomplishing a quasi action. The only real thing in that quasi action is entering the so-called lucid dreaming and opening the gates of unbelievable memory. There is no quasi lucid dreaming and quasi memory, although there are quasi memories. When I say quasi action, I really mean the action but on a lower intensity level as if the one who accomplished that was allowed to taste the secret a little bit, to take a sip from the Holy Grail, to take a peep into a mystery room, to feel and experience something but not completely. What follows is an instruction for entering a quasi-state. But do not be disappointed because of that because the path to the real state leads through many quasi-states which become more intense and less quasi every time. As if when we want something to happen, we first imagine it happening, then dream of it, and then it really happens. There are a couple of basic receipts for entering lucid dreaming, but here, I will give you a bit different method whose prevalent aim is not lucid dreaming but that state is a consequence. The real aim of this act is some kind of recapitulation (like the one described by Castaneda), but with some differences.

Here’s what it is all about. Every night before you fall asleep try to retroactively unroll the memory of the previous day. It is best to start from the last activities such as going to bed, washing your teeth. Remember all details, all people you met during the day, conversations you had, your Internet search, what did you read, where have you been, and then go to the following day to the moment when pictures begin jumping out and follow their own order. It can be said that then subconscious starts working and details without the influence of our consciousness come to the foreground. From night to night you repeat the procedure remembering the previous day, then the previous, always adding the previous day. Already after a few nights, the hunt for the past will continue in your dreams. You will start experiencing the past events again, but you will notice that the context is somehow changed and that memories of some events and situations which never happened in your real-life impose themselves as memories, and you recognize them as memories anyway. In one moment you will realize that you are dreaming and it will be an introduction to lucid dreaming. Lucid dreaming is, on the other hand, only an introduction to quasi entering a different reality or level of reality which will over time lead you to the real entering different realities.

„They told him that every figure of space is but the result of the intersection by a plane of some corresponding figure of one more dimension - as a square is cut from a cube, or a circle from a sphere. The cube and sphere, of three dimensions, are thus cut from corresponding forms of four dimensions, which men know only through guesses and dreams; and these in turn are cut from forms of five dimensions, and so on up to the dizzy and reachless heights of archetypal infinity. The world of men and of the gods of men is merely an infinitesimal phase of an infinitesimal thing - the three-dimensional phase of that small wholeness reached by the First Gate, where 'Umr at-Tawil dictates dreams to the Ancient Ones. Though men hail it as reality, and band thoughts of its many-dimensioned original as unreality, it is in truth the very opposite. That which we call substance and reality is shadow and illusion, and that which we call shadow and illusion is substance and reality. Time, the waves went on, is motionless, and without beginning or end. That it has motion and is the cause of change is an illusion. Indeed, it is itself really an illusion, for except to the narrow sight of beings in limited dimensions there are no such things as past, present and future. Men think of time only because of what they call change, yet that too is illusion. All that was, and is, and is to be, exists simultaneously.” (Lovecraft, “Through the Gates of the Silver Key”).

In order to successfully direct the waves of gushing memories in your dreams it is necessary to previously learn the basic skills for hunting memories. Also, it is important to know that those memories may come from your personal future but also any future and any past, that is, from any point of time, so do not get caught into believing traps that it is about your past or future reincarnations. Such thinking leads to a delusion of identifying with those images and situations. Remember that you are only an observer so do not get involved in what you are observing emotionally or in any other way. A terrifying or an interesting sight may pop up, or a situation when you were distressed, angry, or you were enjoying. All of that does not matter because any involving in that leads to losing the separated consciousness. Try to avoid that by simply observing while being aware that it actually happens to another person, that it is only an image that has nothing to do with you. After a couple of weeks of regular practice try, while you are still awake, to somehow stop the flow of images alternate on your mental screen. Try to freeze an image. I do not have a way to explain how to accomplish that but by willful attention. If you succeed, try to carefully look at the ambient of the stopped sequence. You might notice some details you were not aware of when the event form the sequence really takes place. The aim of this maneuver is to accomplish the same during lucid dreaming. Once you succeed, traveling through tunnels between rooms of time strap will not be a problem anymore because paths from each room practically lead to eternity - in any room and anywhere. It is a quasi accomplishment and it does happen in dreams but it is hard to freeze an image anyway, and being quasi does not lessen its value in expanding life wisdom, experience, and lifting consciousness on paths to self-realization and exploring the world. In this sense, remembering is the key to dreaming, and dreaming is the key to realization and transformation.