The Moon, The Stars and The Microcosmos (author Dorijan Nuaj) 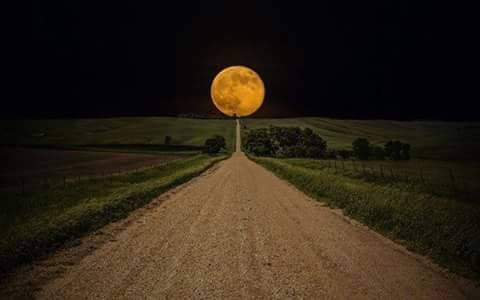 Without the Moon a man wouldn’t be a microcosmos but rather like an animal, or better to say – there wouldn’t even be a man as such. The Moon is what makes us human. I said how seaming equality of the size of Moon and Sun as perceived from the Earth is an indicator of microcosmicallity and balance of a man and entire life on our planet. The main role of the Moon is in shaping and streamlining of cosmic influences, stars and Sun during the night, towards Earth.

When we say cosmic influence we must keep in mind that a man is firstly and above all else a microcosmos, meaning that he contains entire Universe within himself. To be more precise, a man has the ability to become conscious of every part of the Universe, to communicate with every part of the Universe by employing certain similarities that a human being in its entirety has with the Universe. For example, a man contains the nature of the elements, the nature of the planets and lastly nature of the stars. Every heavenly body has its aspect, its representative in human nature. Just to illustrate this point, we could say that the entire Universe could be depicted on human skin, all of the planets, the stars and constellations. Human being is a temple and a temple is an image of the Universe. Those are those similarities.

Let us imagine a ziggurat, a pyramidal structure made of seven levels or floors, like the legendary Nebuchadnezzar’s tower of Babylon, but adjusted to what I want to emphasize. Each floor corresponds to a certain planet. The ground floor has 81 rooms and corresponds to Moon. The level above it corresponds to Mercury and has 64 rooms. Next floor corresponds to Venus with 49 rooms and the one above that corresponds to Sun with 36 rooms. Above that floor is the floor that corresponds to Mars with 25 rooms and after that comes Jupiter’s floor with 16 rooms and on top of them all is Saturn’s floor with 9 rooms. Total of seven levels and 280 rooms. You will notice that the array of planets is following the order in cabalistic Tree of Life and that the numbers 81, 64, 49, 36, 25, 16 and 9 correspond to the so called planetary cameas, Pythagorean magical squares. Each of those 280 rooms represents one tenth of each of 28 Lunar phases and takes approximately 1 degree and 16 seconds of Zodiac circle and it contains one or more stars. Every hundred years or so those stars move from one room to another of this mysterious ziggurat. From the text on lunations we’ve learned where in microcosmic orbit is each of the lunar phases reflected, so it would be easy to assume where on that orbit would each of the 280 rooms with their stars be. For example, the star Betelgeuse in our time corresponds to the end of the seventh lunation, and to the period of beginning of the waxing Moon (first quarter) and on microcosmic circle it would be in the area between the heart and the neck, moving downward. In the imaginary ziggurat Betelgeuse is located in twentieth room of the Solar floor (field under number 20 in Sun camea – 6 x 6). 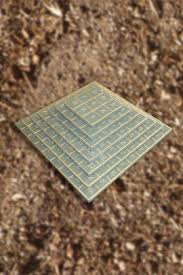 Thus, the entire firmament is flowing through our being, every visible star and planet, Sun and the Moon. Everything that exists over there can be invoked into our consciousness. Without the Moon that wouldn’t be possible for us Earthlings. Moon is like a sort of (de)modulator of telepathic waves so to say. All we need to do is to follow the rhythm of movement and phases of the Moon and to use mnemonics to memorize similarities relevant for this process. And then, when we are ready we can invoke certain intelligence from some of the starry destination and come to understand something that we never could as long as we are locked into materialistic, religious or purely intellectual armor.

There, in that process of establishing telepathic contact and communication with faraway intelligence of the starry destinations, lies the irreplaceable role of the Moon as someone that enables all of that to come about. The nature of the Moon, aside from being defined as a certain kind of (de)modulator, can also be encompassed by the term of resonant box, since Moon as heavenly body is porous. However, we must emphasize that the Moon intelligence has a wide specter of manifestations from those inclined towards men to those extremely hostile and vicious. Moon is magical cosmic mirror so all things that are contained in the Universe are also contained in the Moon. As the mirror itself has no depth, has no soul, so does the Moon lack that life force that would make that heavenly body alive in a way that planets are alive (they have active and alive planetary cores). 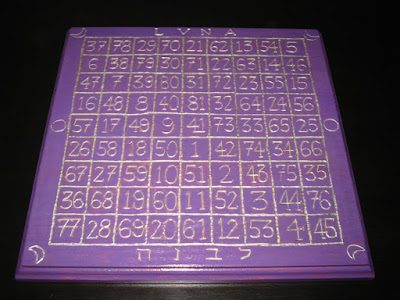 The very core of the Moon is hollow. That hollow is, among other things a gathering place for certain vampire magical forces, or as Aleister Crowley would put it „the yoni as a vampire force, sterile.” At the same time, the core of the Moon is the essence of its power, where the powerful energy of the Sun, the other planets of the Solar system and faraway stars flows into. Magical square of the Moon in his center contains the number 41 that, when written in Hebrew, contains two so called motherly letters – aleph (1) and mem (40). Together they comprise a word that denotes viscera. That barren womb of the Moon is the perfect magical instrument, at the same time frightening and inviting, barren and fruitful, murderous and life giving. That is the magical femininity that in its interior gives birth to the masculine intelligence – ancient lunar masculine god as prototype of plethora of masculinity on Earth. Without that detail there would be no Adam, there would be no men and thus there would be no human kind such as we know it today.